The Alumni & Friends of Yorktown High School will not be sponsoring any reunions this year. We received the following information about unaffiliated events being organized by individuals from the classes indicated.  We are listing them as a courtesy to the classes affected, and are not responsible in any manner regarding any aspect of these events.  We post the information we have on our website as quickly as possible, so please do not contact us about anything associated with these events.  Instead, please contact the listed event contact directly. Thank you.

Our classmates from the class of 1968 have put together a fine history of the school.  It's worth taking a look.  See https://elbo.in/pZ8U

ARLINGTON, VA. (April 23, 2018). Seven accomplished alumni of Yorktown High School were inducted in the school’s Hall of Fame and Inspiration at a ceremony set for Friday, May 18. The event welcomed inductees, their families, students, alumni, parents and community officials for whom presenters dedicated seven plaques containing photographs and biographies mounted on the wall in the gym lobby.

The selections of distinguished alumni are made by a committee of alumni, a former teacher and a student member. Nominations are solicited from former students and the community via local news outlets and the website Yorktownalums.org. Selections are based on the following criteria: “alumni (including faculty and staff) who went on to become well known for achievement in any area of endeavor that brings credit to the school and whose story is compelling and inspiring.”

“The fame can be local or national, but the accomplishments should have meaning to the students who walk by the plaques every day,” said current committee chair Sara Jane Knight, a retired Yorktown government teacher. “The committee had some tough choices to make.”

Funding for the project came from alumni donations. 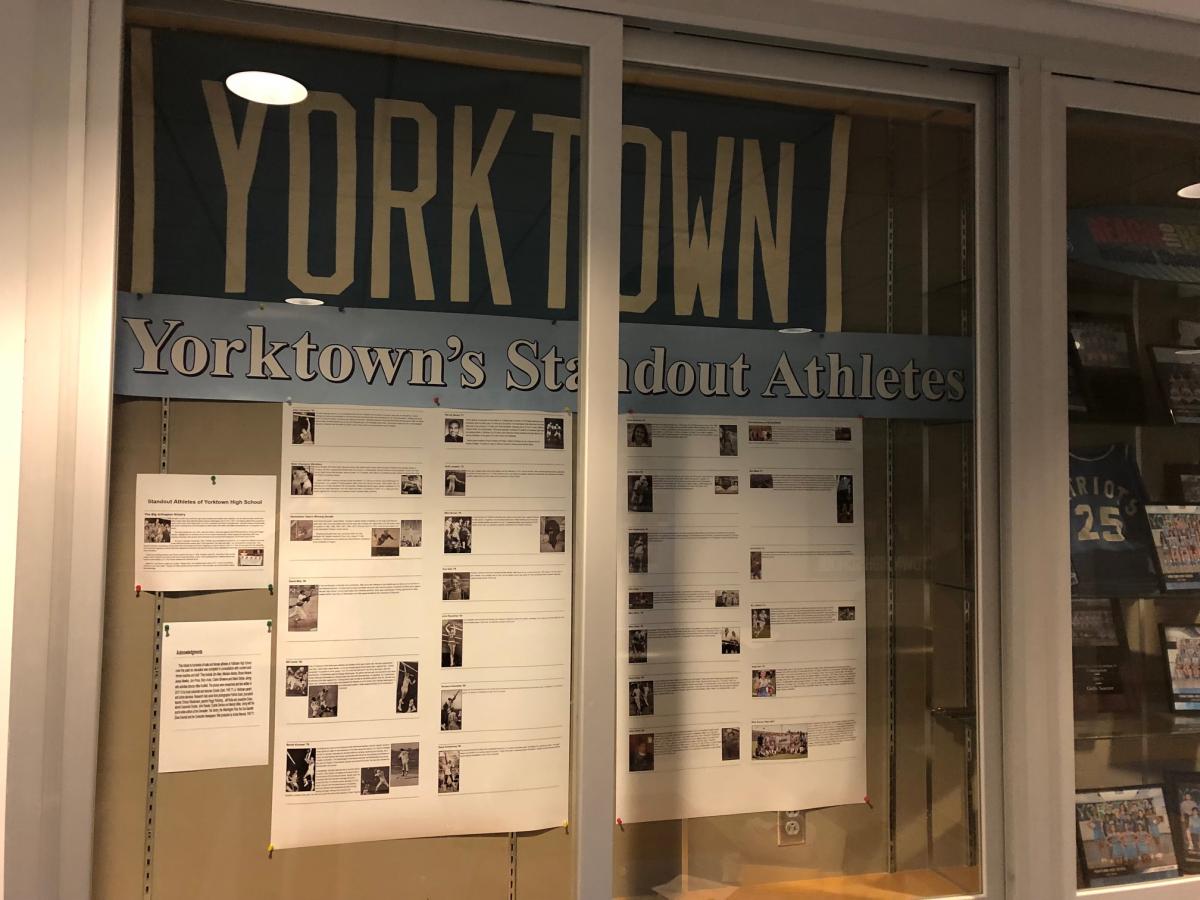 HALL OF FAME AND INSPIRATION

Seven accomplished alumni of Yorktown High School will be inducted in the school’s Hall of Fame and Inspiration at a ceremony set for Friday, May 18. The event, scheduled for 7:00 p.m. in Patriot Hall, will welcome inductees, their families, students, alumni, parents and community officials for whom presenters will dedicate seven plaques containing photographs and biographies mounted on the wall in the gym lobby.

An inductee can be an achiever in any field of endeavor that brings credit to the school. He or she can be famous nationally or locally, living or deceased, and should be inspiring to the high school-age students who will walk by their plaques every day. Nominations for induction should be sent via email to Sara Jane Knight at sjknight1@verizon.net.

The YHS Yearbook & Activities Directors Staff have now both contributed Grenadiers for the following years to our new Reference Library:

We greatly appreciate their generosity.

So for those that are numerically challenged, here's a current list of the years we're missing: